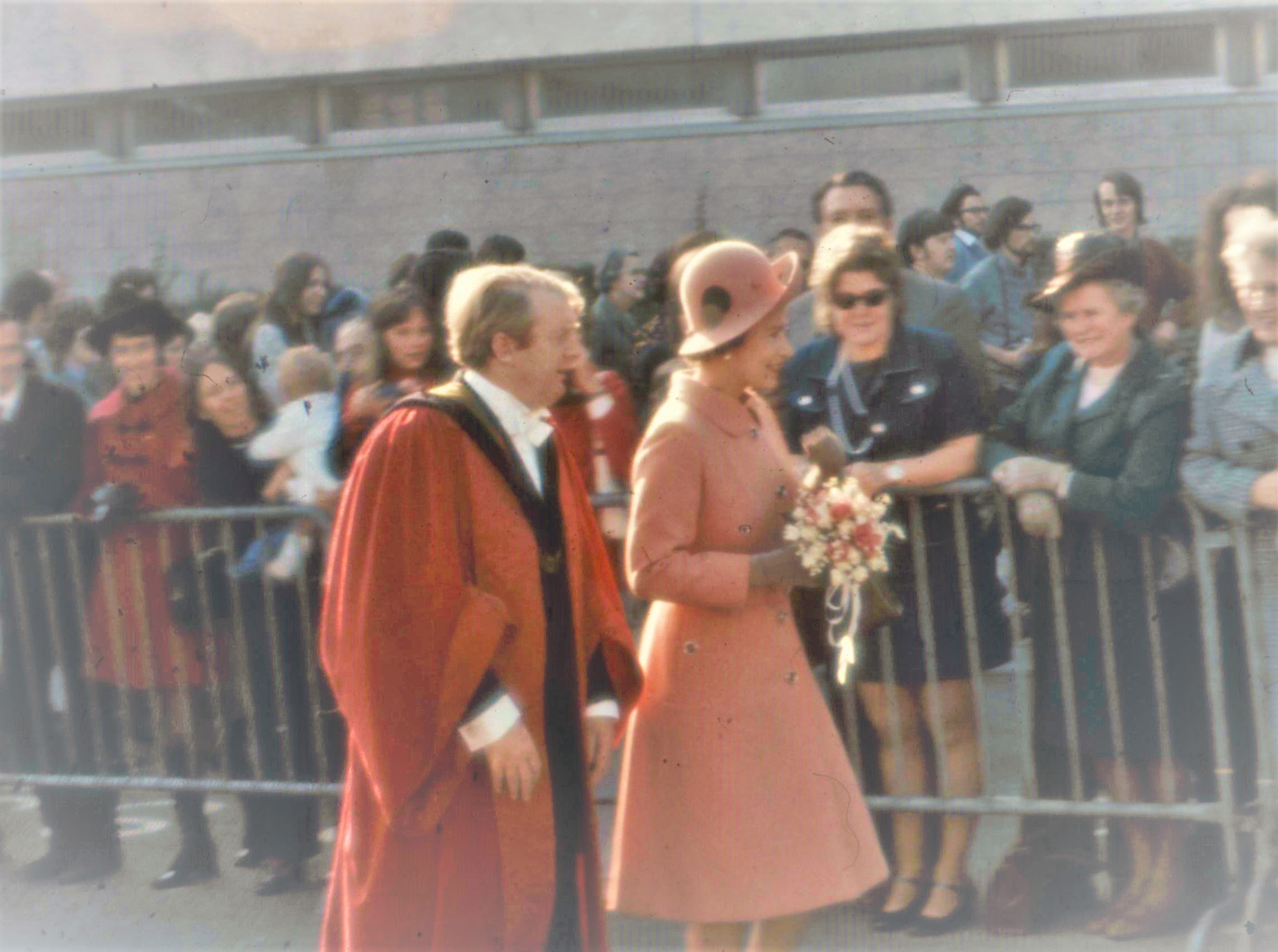 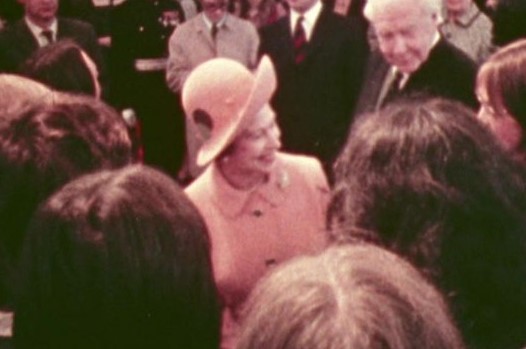 THE QUEEN′S VISIT to the University of Stirling in 1972 was widely reported in the mass media, principally through the lens of student protest (see the University Archive on the topic)). If those accounts were the only ones that remained to inform a history of the University, the distorted coverage at that time would remain the dominant narrative. Fortunately, through our Oral History recordings we have first-hand accounts by staff and students who were present on that occasion and experienced the fallout of the media reports. Extracts from a selection of these interviews form a counterpoint to press images in Shona Thomson′s 2021 film: Royal Visit 1972. The film was first shown at the Macrobert on 27 October 2021 as part of Stirling Kaleidoscope Shift, a set of films on Stirling local history. 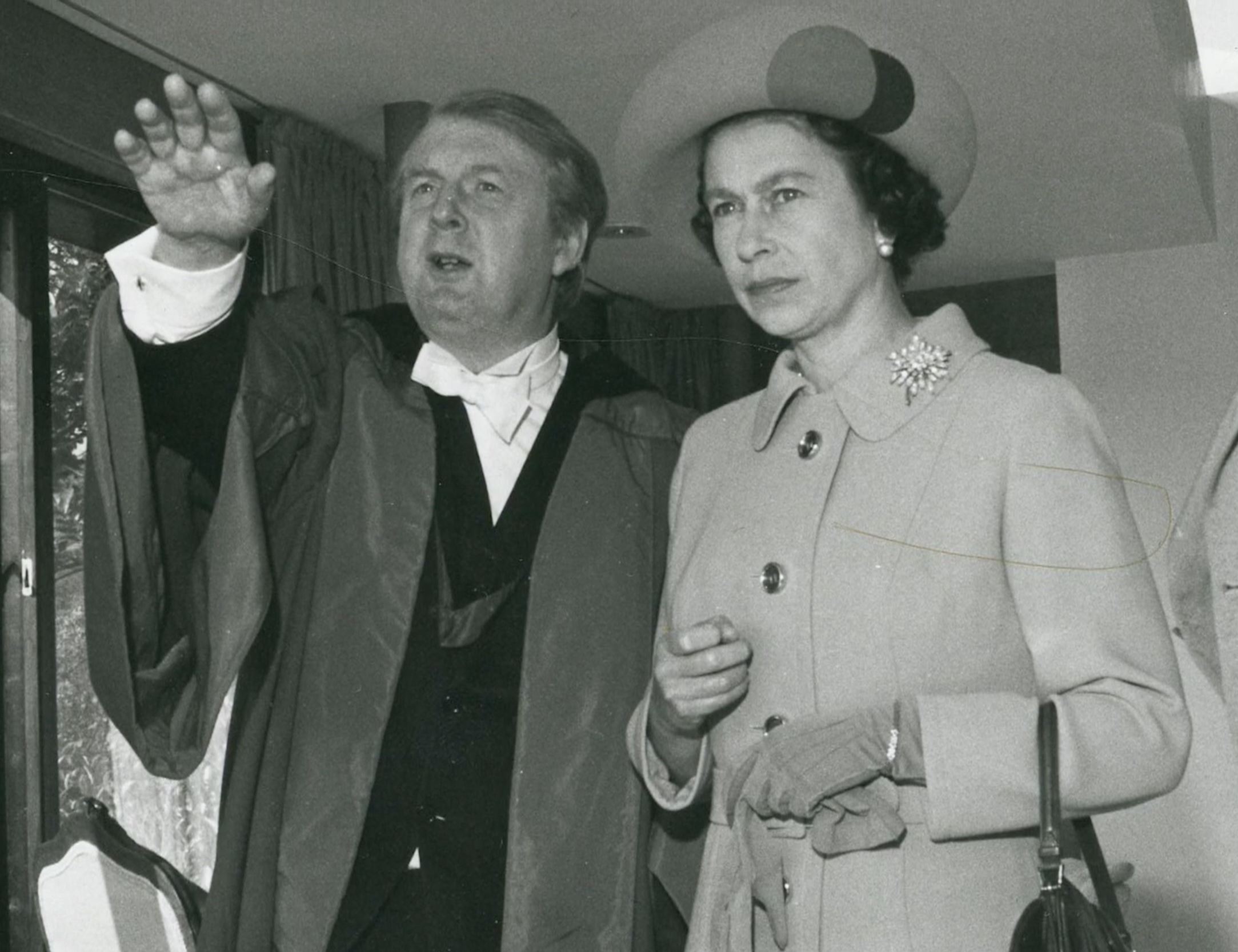 THE DIVERSITY OF PERSPECTIVES from our oral history collection throws a very different light on the events from the way they were reported at the time. Indeed the one thing that all our interviews on this topic have in common is the feeling of unfairness, that the University, its students and the events were portrayed in such a distortive manner that had lasting repercussions. As Richard Kilborn and John McCracken pointed out in their interviews, not all those consequences were negative, and the subsequent students who came to Stirling included major names in later political life.

THE VOICES OF FORMER STUDENTS are particularly revealing. The University was new, exciting and different. The mainstream media in 1972 portrayed Stirling as a radical university, and this shorthand, meant to be pejorative, over-shadowed the true radical nature of University education provided at Stirling. This point was made by Jack McConnell, who came to Stirling in the aftermath of the Queen′s Visit and went on to become First Minister. He pointed to the radical innovations in University teaching at Stirling and in particular its flexibility, in combination with a semester system that has now been copied by almost all other UK universities.

SEE MORE of the photographs from the day 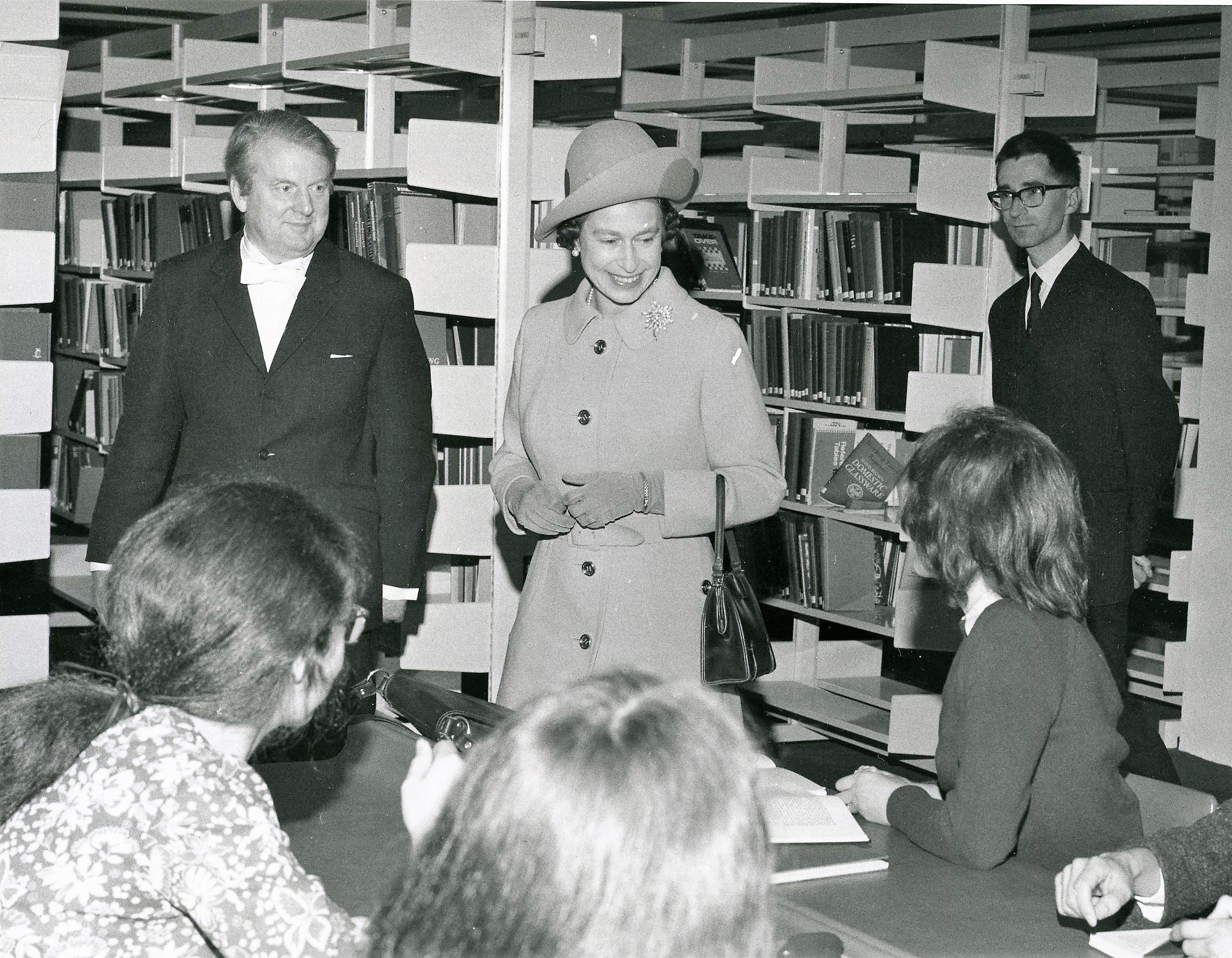 AND FINALLY, a policeman′s tale: Richard Kilborn recalled a conversation, in the changing room of the Dunblane Hydro swimming pool, with a retired police inspector who was reminiscing about some of his early experiences as a police constable back in the early 1970s. He was on duty in October 1972, when the Queen visited the campus in order to formally open Queen′s Court and one of his duties that day had been to identify potential troublemakers who might disturb the smooth flow of events by raising their voices in protest. The (then) young constable had had no problems in identifying a certain 34-year-old long-haired student of Sociology as a potential troublemaker and had "persuaded© him to remove himself from the Queen′s Court area to a location where his presence would not be so troublesome. He was thus licking his wounds, and possibly drowning his sorrows, on the link-bridge when Her Majesty decided to take an impromptu little stroll - complete with official retinue - across the link-bridge in the direction of the student residences. The rest, as they say, is history - but the now retired police officer wanted to put it on record that he may have had a hand in inadvertently setting up a scenario that would have long-lasting repercussions. He even became quite philosophical in musing on how, in the very attempt to stave off certain perils, we sometimes unwittingly light the blue touch paper for something that may have an explosive long-term outcome!